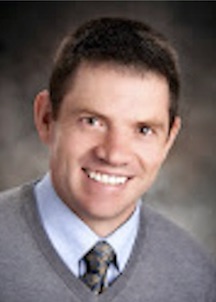 Mark Parsons has been a pastor at Faith Lutheran Church, Fond du Lac, Wisconsin, since 2014, after serving previously at Christ the King Lutheran Church in Port Charlotte, Florida. His areas of emphasis at Faith are school, youth, teen and family ministry. He and his wife Molly have 3 children, and they cherish the time they make together each night to watch good movies and television that connect to the problems that we all face as human beings.

Dr. Ted Petersen described the concept of the “Lost Coins Podcasts” in GOWM 2017, and a year later produced a pilot episode for GOWM 2018. That caught the attention of Pastor Mark Parsons, curator of the exciting and inspiring Bread for Beggars website. With the support of Dr. Tom Kuster, host of the GOWM online conferences you are now visiting, they conceived and produced what they hope will be the first of many Lost Coins podcast seasons.

Listen to the three producers discuss the venture and preview the series.

Click the start arrow to listen to the producers discuss the first podcast of The Lost Coins series.

Then hear the first episode – a repeat of the pilot – which will launch the seven episode series over the fall and into the winter.

Click the start arrow to listen to the first podcast of The Lost Coins series, hosted by Ted Petersen.

Finally, go to the Lost Coins base page and subscribe, so you don’t miss any of the coming episodes when they appear on approximately the following schedule:

Here is the link to the Apple Podcast "Lost Coins" site.

Click the start arrow to listen to the second episode here.

Translate this page into your language
Return to original language with "show original" button at top left.

-
Judith Kuster (conference moderator) 2019-11-04 2:56:48am
I'm glad I took the time to learn more about your podcasting plans and listening to the preview of the Episodes planned. After listening to Episode One, I am definitely subscribing - I think I did, but I'm not sure. I don't know what Spotify is or does and opened the Facebook page instead so I think I'm subscribed through FB. Will I get a FB message telling me when another podcast is available? The teasers of the future planned podcasts all sound very interesting. Listening to the three of you discussing The Lost Coins, the first question that I was going to ask was basically answered by Mark near the end of the audio - there WILL be a way for individuals to respond to a podcast and maybe offer ideas for future podcasts. My other question wasn't addressed - what will be the estimated length of a podcast? Will they be about the length of the sample, which was very interesting to me because I had met this amazing woman personally in Costa Maya. She is an ordinary woman whom God placed in a unique position to do extraordinary things.
-
Ted Petersen (Florida Tech) 2019-11-04 9:36:30pm
Hi, Judy. Thanks for the comment. We'll definitely announce on Facebook whenever a new episode is available, but it's best to subscribe to an app like Apple Podcasts, Spotify, or Google Podcasts (still waiting on approval). Basically, those apps will automatically download new episodes. You should also be able to play them from www.thelostcoins.com.

We just released the second episode--The Life and Times of Pat McEwen. It's about 20 minutes long. I suspect most will be between 15 minutes and 30 minutes, but it depends on each story. It's available now on Apple Podcasts and Spotify and should be soon on thelostcoins.com.

-
Ted Petersen (Florida Tech) 2019-11-04 9:42:14pm
Also, Judy, Facebook may be the best place for comments and story ideas. We'd love to get feedback and new ideas for Season 2!
-
Skylar Cotten (Bethany Lutheran College) 2019-11-04 5:56:08pm
I love listening to podcasts while doing other stuff. It keeps me motivated to get things done. I think this is a great idea to start a christian podcast, I will definitely be listening it.
-
Judy Kuster (conference moderator) 2019-11-05 12:27:58am
I just listened to the second podcast. ABSOLUTELY FASCINATING!! Another ordinary woman whom God placed in unique situations to do extraordinary things;-) Also the part about how God found her again through the hymns she learned as a child was interesting. I personally appreciate the "old hymns" and am upset when they change so many of the words I learned as a child when my teachers told me that I would be able to sing those hymns when my eyes were too tired to use the hymnbook. I love the new hymns, too, but find myself using different words on several of the "updates" that are really not necessary (in my opinion) and can join with my grandchildren who are learning the same version of many hymns I memorized over 60 years ago in their Lutheran grade school.